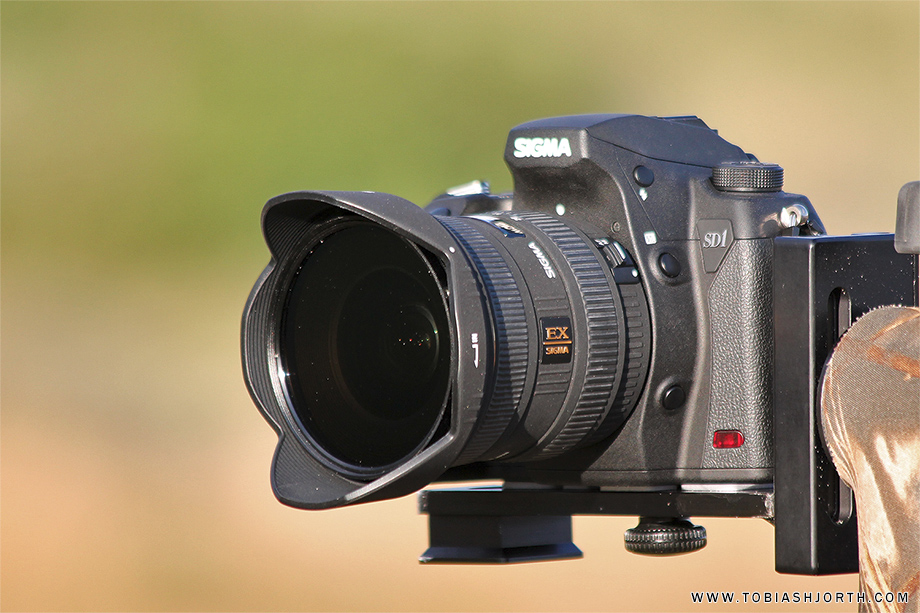 You probably heard about it from someone or read about it online, The Sigma SD1 with the hefty price tag and that huge 45 Megapixel pixelcount on a APS-C sized Sensor. The camera that everyone at Photokina 2010 talked about and hoped to have a price tag close to the nearest Canon or Nikon offering with a staggering image quality never seen before.

As times went by the SD1 was released to much anticipation and a whole buyers base was lost on the floor. With a price tag of $10000 no one would pay the price it required both for the body as well as lenses and many were disappointed to discover the 45 Megapixel wasn’t a true 45Mpix output but a mere modest 15 Megapixel essentially a standard for most cameras. All start-up phase is expensive and when you’re a small manufactor that makes everything down to the very last bolt, costs are hard to keep as low as the consumer would like. 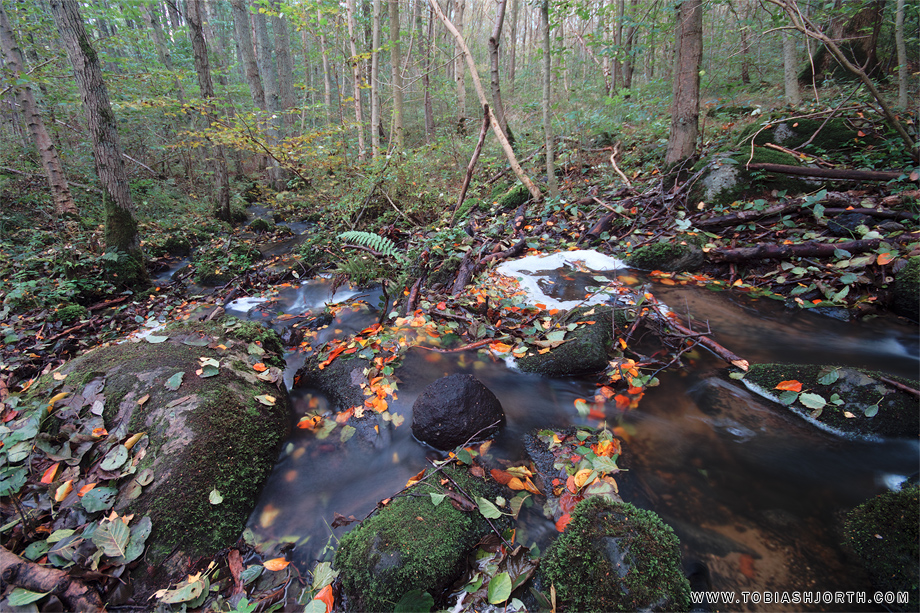 So Sigma revived the SD1 with a tribute to the Foveon founder Richard B. Merrill. The Sigma SD1 Merrill was born sporting essentially the same camera minus some functions at a much lower price-tag.

Is the Sigma SD1 Merrill a camera you should invest in? Read on and find out.

The first thing I noticed when the SD1 arrived on my desk was how stylish the box looked. It seems every product must have a cool looking cardboard box these days – It worked for Apple so why not for Sigma.. The box contained the camera itself, camera strap, charger and battery as well as the Sigma Photo Pro editing software. More on that later.

In the hands the Sigma SD1 feels very well made. The grip is very deep and fits a regular Male sized hand very well. Comparing it to the likes of Nikon D300 or Canon 7D the Sigma feels at least as sturdy even with a slightly better grip.
The button layout works pretty well. Every function are where you’d expect them and if not you’ll quickly adjust. I wish the ISO button was located differently and so pressing it felt awkward in the heat of action.
If you tried a Sigma camera before you know the quick selection menu that is adjustable to what function you would like on the Multi controller. Switching image size, white balance, focus mode and what have you literally takes a second – Brilliant!

Looking through the viewfinder reveals a good-sized finder with all the useful information you would need. The finder reviews the number of focus points that are evenly spread out in the viewfinder.

Shooting with the camera is fun and easy. The Merrill lacks most of the programs modes the non-Merrill was equipped with which to be frank isn’t really needed on a camera of this class. I was blessed to try 3 different lenses with the SD1 Merrill – The wide-angle Sigma 10-20mm F4-5.6 EX DC HSM used in most of the shots, the all-round zoom the Sigma 17-50mm F2.8 EX DC OS HSM, as well as the standard focal length prime the Sigma 50mm F1.4 EX DG HSM. All great lenses on the SD1 with the 50mm being the most impressive and the 10-20mm being the least impressive. The latter unfortunately has a bad upper right corner which were obvious on all shots especially on the wide end of the scale. Both Sigma 17-50mm F2.8 EX DC OS HSM and the Sigma 50mm F1.4 EX DG HSM were without any flaws other than what you would expect for this either type of lens. 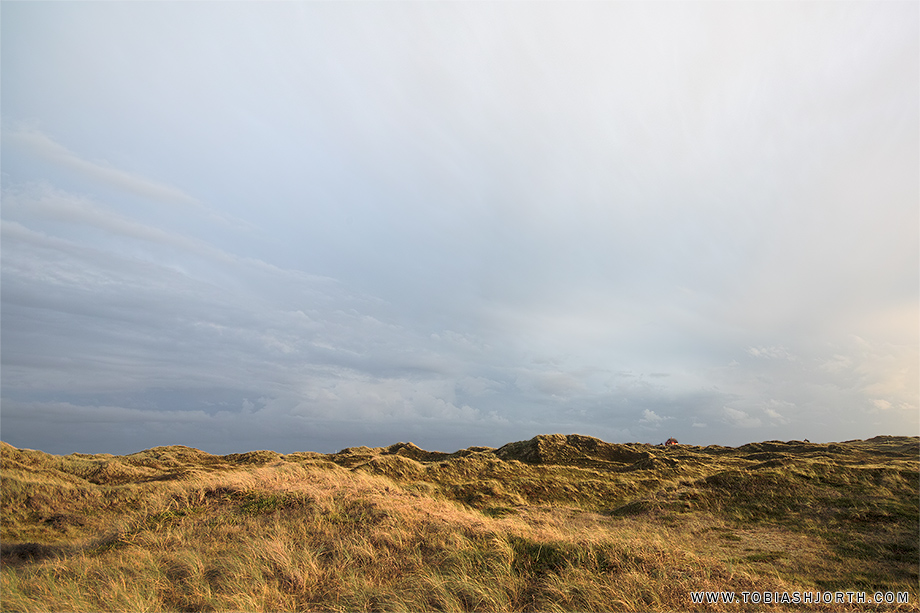 The one nag that everyone who’s been shooting with the SD1 Merrill (and those who haven’t) is the write to card speed.  While the camera is able to shoot 5 fps/sec chances are you won’t. Although you will be able to fire a couple of shots and then fire some more you’ll wait what appears to be ages to see the first shot you took in the sequence. And if the image preview in set standard you’ll see the first shot very briefly, then wait for the next and next and so on before you’ll able to navigate into the review menu. It feels what some would describe as ages and for a 2012 camera this is somewhat unacceptable. It didn’t bother me as I aimed towards Landscape photography. For almost any photographer who needs speed as a top priority in a camera this is probably not the camera for you. Knowing what the camera has to do to show these preview images makes the lack-lustre speed it a bit more easy to come by and as soon as you’ll see the results you know they were worth the wait. 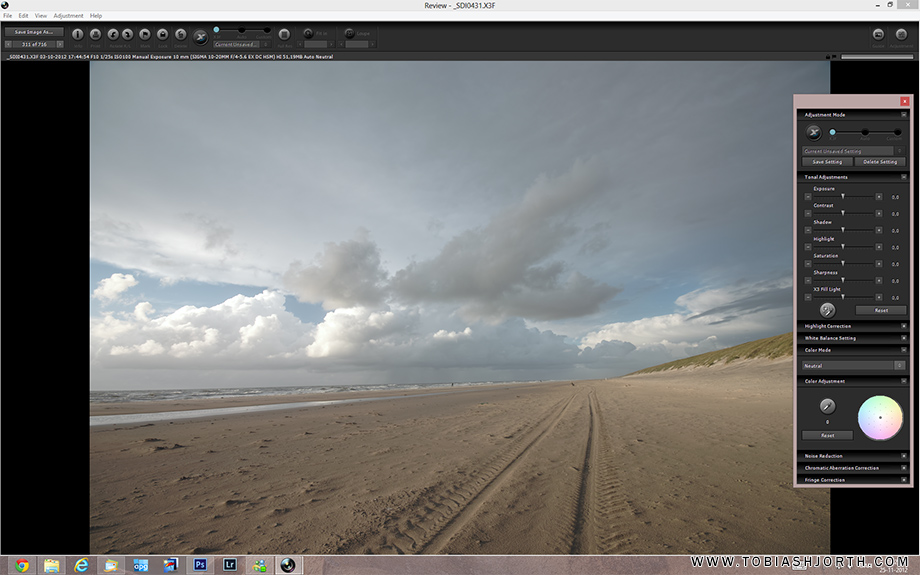 The included software Sigma Photo Pro is a decent RAW processor with some impressive features and some not so great. The image review as seen above is the window where in you’ll editing your shots. It’s pretty basic compared to the industry standard Adobe Lightroom but the Sigma Photo Pro has a trick in its sleeve. Besides the Highlight button which like all the button moves in 0.1 increament the X3 Fill Light is were amazing ahppens. The amount of Fill Light you’ll able to add or recover is very impressive and chances are you’ll be able to add quite a bit of dynamic range within the scene. Note I’ve expanded the “Color Mode” menu as I set the camera to standard – This option is contained within the RAW file. As thing I later come to regret as I found “standard”  was way too saturated especially in the warm tones. I rather add color than spending time subtracting color to get the white balance spot on. – A good thing Sigma Photo Pro allowed me to change to the Neutral setting to all the files without going into each and every file. Note that speed is not Sigma Photo Pro´s greatest feature but since you’ll see files in the 50-70mb region you’ll be forgiving that it takes a while.

Image quality and Foveon technology
If you asked me a couple of years ago which digital camera delivers the greatest image quality I would probably say some Medium Format camera like the Pentax 645 or similar high-end image capture device. And while this still holds true today the 35mm format has come much closer with the likes of Canon 5D Mark III and especially the Nikon D800 series. So who would have thought that the files at 100% pixel peeping level on the Sigma SD1 Merrill blows me away.  First a bit of background on the truly superb Foveon technology.

While the CMOS and CCD chip have had mostly the same build in the last 20 years including the Nikon D800 and Pentax 645D, the Sigma SD1 Merrill uses Foveon Technology type of sensor. What deviates this sensor from the rest of the pack is the way it captures light. Remember when full-frame cameras where under or around 10 MegaPixel and 35mm  film captured more detail? Well there’s a reason behind this – See the illustration below

So am I saying the Sigma SD1 is able to capture more information than the 36 Megapixel Nikon D800? Well in theory Yes, but there’s more than the amount of pixel to determine what the final image will contain like sensor size  and pixelsize, lenses and processing otherwise we could conclude a 12 Megapixel cellphone would capture at least as much information as the Nikon D3S or D700.

Remember moments you’re pixel peeping your shots and at 100% crop they look kinda mushy or at least not a good as when viewed full frame? This is among other things the results of the traditional sensor design. Below is a unsharpened 100% crop of the Sigma SD1 Merrill. 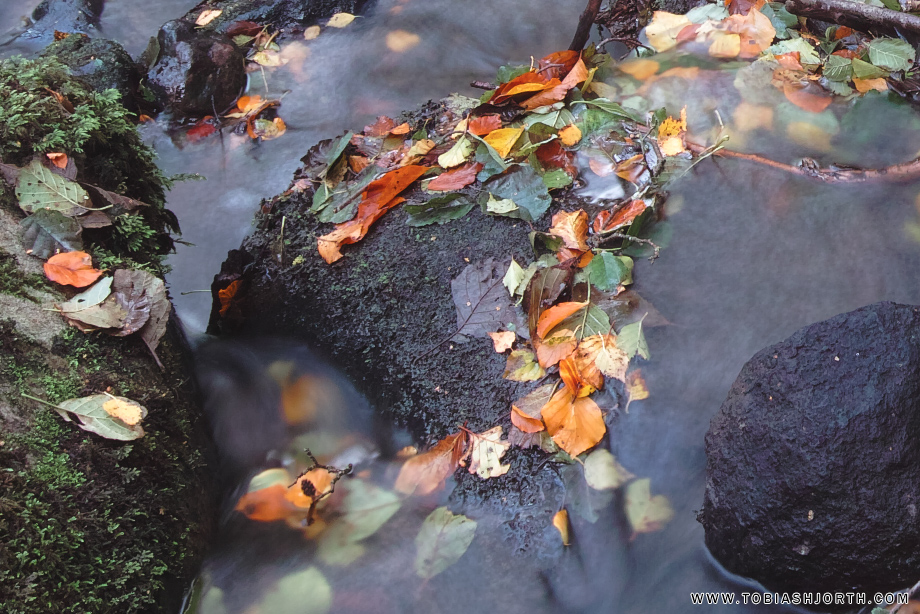 The total scene below: 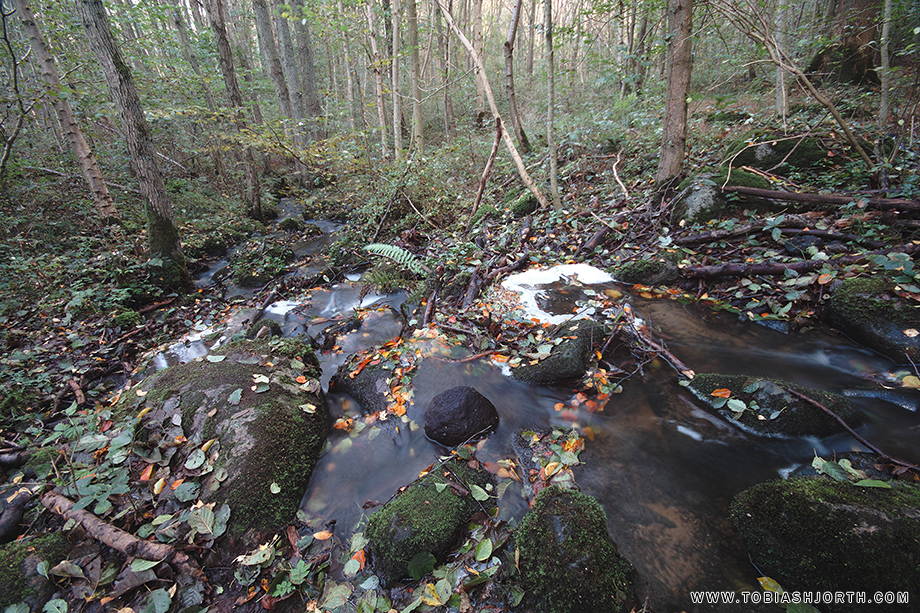 Impressive isn’t it? And this leads me to the image quality.
There’s probably no surprise that I’m absolutely blown away by the image quality at low ISO’s. The sharpness and detail are simply class leading and I can’t remember the last time I saw a 100% crop as impressive as this, including the Pentax 645D. If you look at the leaves in the photo above you kinda feel like they could do for some cropping – It wouldn’t hold up in real life as going past 100% crop results in pixelation but that’s how amazing this sensor is. Remember is a sensor size similar to the one found in the entry model Canon 1100D and it absolute blows away any crop sensor on the market and quite frankly it’s up amoung the greatest available today every sensor size included. Due to the unique Foveon sensor design an aliasing filter isn’t required and so the images from the Sigma SD1 Merrill hardly need any sharpening. In fact using the default resize option in Photoshop leads to an image borderline oversharpen.

As good as the Sigma SD1 Merrill sensor is at low ISO you can’t ignore the fact the it’s not on par at higher ISO’s. While noise is evenly subdued at higher ISO’s you’ll quickly notice large patches of green or red colors that doesn’t suit any subject nor are the patches easy to remove and they are visible from ISO 1600 and above.

I love the Sigma SD1 Merrill for the amazing image quality. At lower ISO’s it’s easily a couple of generations in front the nearest crop competitor and on many levels as great as the current Full-frame cameras. A few hick-ups makes a bit of annoyance mostly the time to write to the CF card even with the fastest available. The camera handles higher ISO’s a bit differently that you’re used to and you would probably choose to shot is mostly at a lower setting. Handling is great and fast and the RAW converter is while nowhere near class leading, at least adds some exciting features like the X3 Fill Light button.
In the end of the day I wonder whether my needs would be better fulfill by choosing the Sigma DP1 Merrill which features a wide-angle lens and the same amazing sensor in a much smaller body

If you’re into a slower paced photography style of shooting (Landscapes, Product photos, portraits and likewise) look no further. You don’t get any better sensor with so sharp results this side of the medium format! 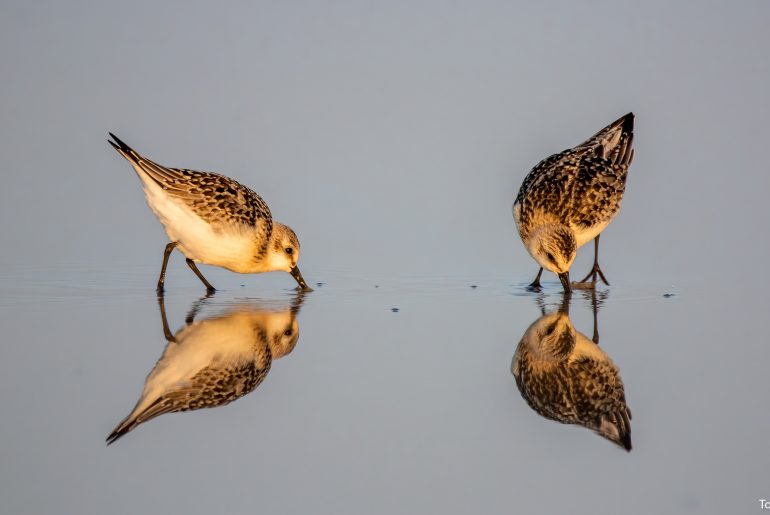 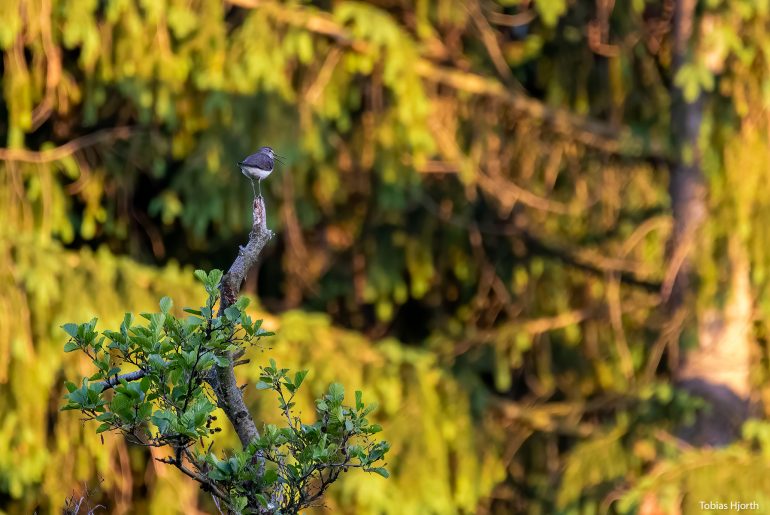