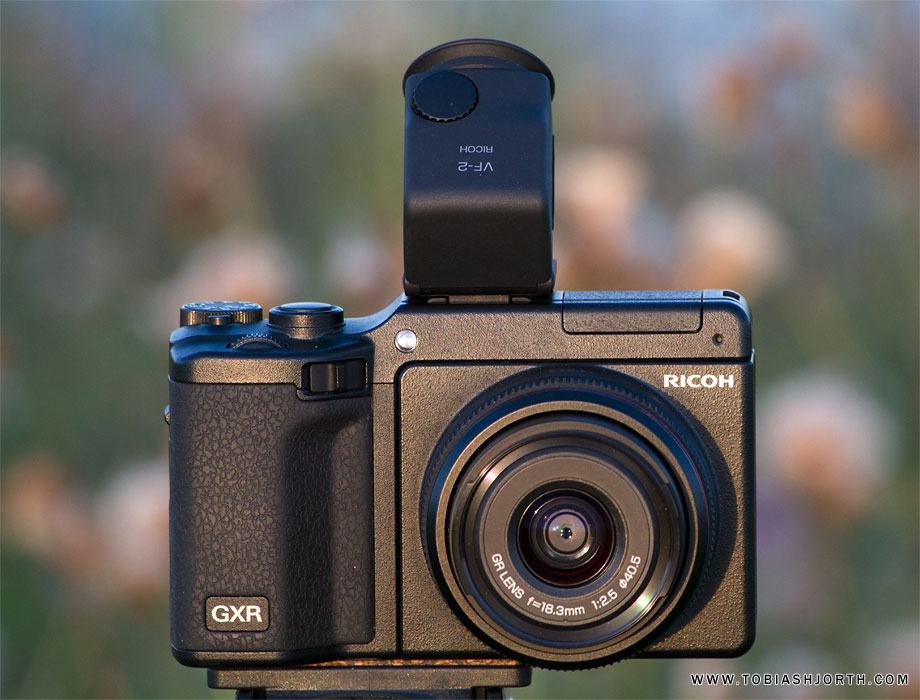 The Ricoh GXR is one of the more unique camera systems released in recent time.
The small form factor combined with the possibility to change lenses on a sensor similar sized to a modern DSLR – A standard made famous and popular by Olympus and perhaps even more so Panasonic and Sony.

The Ricoh GXR aims at the same market featuring roughly the same things with a certain twist. The aforementioned brands allows you to change the lens on a small camera with a big sensor. On the Ricoh GXR you change the whole camera unit besides the screen and controls. This allows for specific sensor / lens combinations where the sensor is essentially built for the specific lens. It’s a brilliant concept to achieve the very best image quality. – The only downside is every time you want a new lens you’ll have to buy a new sensor as well –  They are sold pr. unit. That will inevitable raise the price on the sensor / lens unit versus just buying a certain lens.

So is the higher price worth spending? Read on and find out. 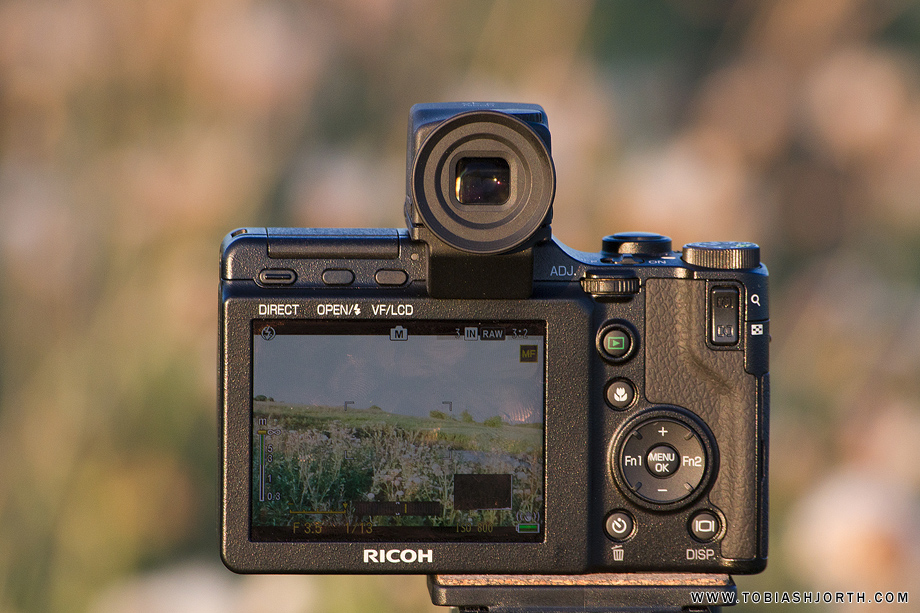 The built quality on the Ricoh GXR is superb.
The body itself is made of aluminium and magnesium and feels very similar to a Canon 1D series.
There no quirks what so ever, no mater how much you’re trying to bend and twist it. The grip works quite for a camera this small and the controls are also similar to what you may find on a DSLR.

The body feature a high VGA resolution screen, jog and control wheels and various buttons as well as a built-in flash. I won’t be going much into the various menus as they are easy to navigate and use. A thing I would like to mention is the number of programmable buttons as the Ricoh GXR feature quite a lot of customization options.   I also had the jog wheel and control wheel reversed in function. Both things only seen in more expensive DSLR’s.
The lens unit mount is made of stainless steel and is a tough as they come. – You will NEVER break it nor will you mount it the wrong in the heat of action, end of story!

In my review sample was a external electronic viewfinder included which you mount in the flash shoe. Not the most impressive viewfinder especially compared to the screen althoug they both contained the same info. One advantage by using the external viewfinder is you have the camera up to your eye similar to a DSLR. Suitable for faster shooting and photo journalism. 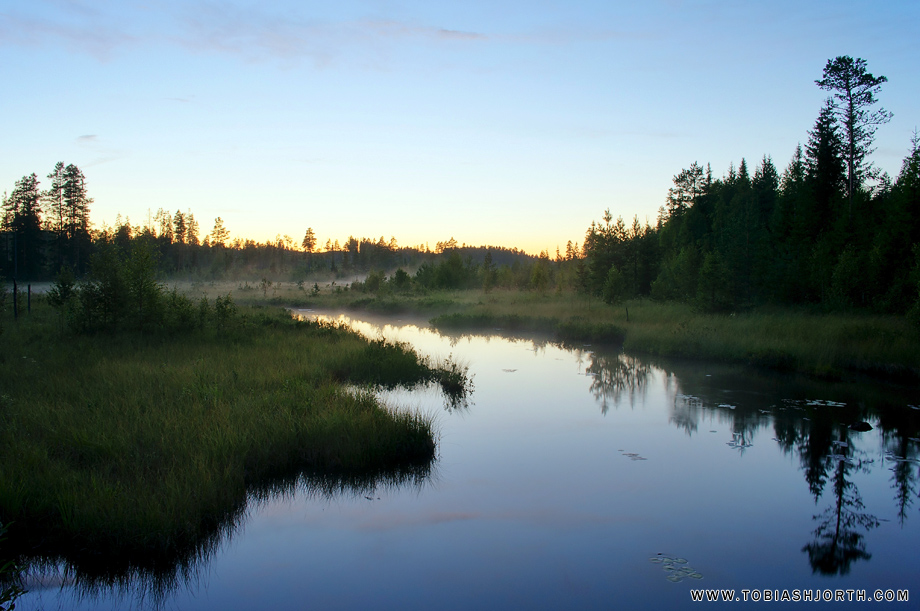 The review kit was supplied with 3 lens units.

An all-round 28-300mm F3.5-5.6 VC lens with a point´n shoot sized sensor. A superb 28mm F2.5 unit with a APS-C sized sensor and finally an excellent 50mm F2.5 Macro unit again with the larger APS-C sized sensor. Although the differences are vast they all had one thing in common – The build quality which matched the body as sturdy and overall very impressive.

The 28-300mm F3.5-5.6 VC unit was the least impressive one. Easily the most versatile the unit was also the one I used less. It features a 28-300mm F3.5-5.6 lens with image stabilisation. The downside is the small sensor. One could argue you would be able to find a similar type of lens and camera for less the this combo, but overall it was nice to have. It didn’t impress me when I used ISO higher than 400 but a base or low ISO it performed as a top of the line Point´n shoot. One thing is missed especially with this super-zoom unit was a lens hood. I used it on two hikes in bright sunlight and it was next to impossible to keep an even exposure as seen in the shot below. The focus speed was quite good although you might find Point´n shoots that focuses faster. (G12, LX5 and likewise)

The photo above consists of 6 shots stitched together. The near left of the frame lacks contrast and color despite being the same exposure as the right part. As lens hood would have done the trick and to my knowledge Ricoh does sell this lens-hood as an accessory. A must have it you buy this unit.

My second favorite lens was the 50mm F2.5 Macro unit. It features as the name implies a 50mm F2.5 lens with macro capabilities. The lens is very sharp wide open with close to no vignetting. Being a 50mm it would also be suitable for portrait photography as well. The units features an APS-C sized sensor with excellent image quality up to ISO 1600 with 3200 being usable. It does 720 HD movie clips as well.
Although it is a lens with macro capabilities it does not feature true 1:1 magnification, but more modest 1:2 magnification which essentially means you´ll get half as close as a true macro. But don´t get me wrong. – With a minimum focus distance of 7cm you´ll get really close to the subject!
As far as focusing goes it´s not a fast focusing lens but nor is a DSLR macro lens. A bonus for the GXR body is the ability limit the focus area of your choosing. A rather unique feature! I choose to use manual focus but since you focus by wire and the 50mm F2.5 Macro unit has a huge focus scale, the body has a button that allows you to quickly skip throughout the entire range. – Let the button go again and you´ll be fine focusing once more. – Brilliant!

By far my favorite lens was the superb 28mm F2.5 unit with the sensor APS-C sized sensor as the 50mm F2.5 Macro.
Being wider and F2.5 means it´s quite versatile despite being one focal length. I used it 80% of the time in dark forests, open landscapes and at night. 95% of the shots I took was done handheld since the 28mm F2.5 draws much light.
I´m happy to report  it is very sharp wide open. A hair sharper than the 50mm! – I´m not to sure if Ricoh decided to ditch the AA filter on this unit but I suspect it to be so.

As it features the same APS-C sized sensor, higher ISO values was also under great control and I had no problem using ISO 1600. The 28mm F2.5 focuses faster than the 50mm F2.5 Macro but slower than the 28-300mm F3.5-5.6 VC.
Overall the strongest lens unit in the lineup and chances are you´ll be loving it from get go. 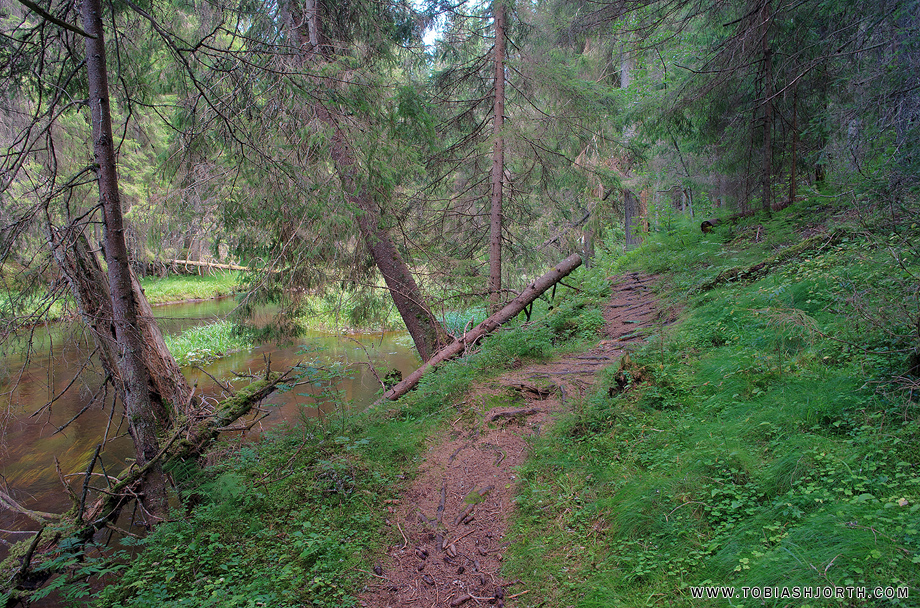 The versatility of a F2.5 28mm lens is not to be underestimated.

Conclusion
As you might have noticed by now I love the Ricoh GXR system. I like to way you change lens / sensor units, I like the built quality and last but not least I like the image quality for a camera this size. The camera has “A tool for professionals” written all over it.
You might argue the write speed to the flash memory and the focus speed could be faster but I suspect neither would hold you back. I use a DSLR for whenever I want things done with great speed. Another argument would be the system is limited by the catalogue of lenses available which has some true to it. Ricoh just announced a M-mount for the system which, as far as I know, features the same 12.3 Mpix APS-C sized sensor and the ability to mount the super Leica M lenses among others. – No AA filter of cause. With this unit I think even Leica should be aware as the Ricoh GXR