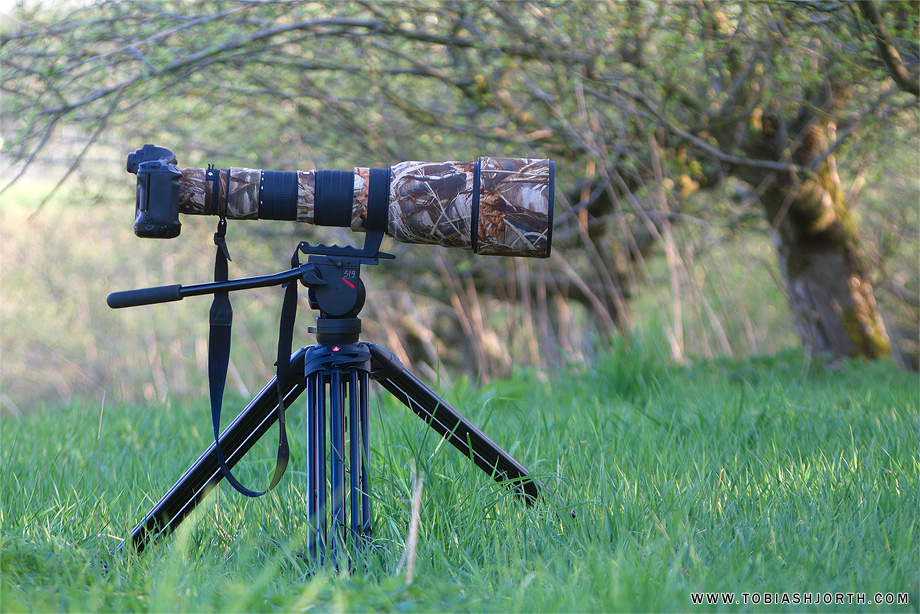 The Manfrotto 519, 546BK System is a high-end tripod system aimed for the semi professional cinematographer that needs the most stable support for a reasonable price.

Over the last couple of month I’ve been looking into videography as a supplement to the still photography. I figured I could easily shoot some usable on occasions between the still on location using my regular tripod and gimbal head. Needless to say I was wrong.

I bought the 7D as supplement to the 1D as I knew it would bring me an excellent video function. I quickly learned the a gimbal might be suitable for quick action still photography there was absolutely no way It would be anything than shaky when I was shooting video.

So I contacted the distributor and asked If they would lend me a tripod and head for review. I mentioned the gear I would be using and a couple of weeks later the Manfrotto 519B, 546BK system arrived. 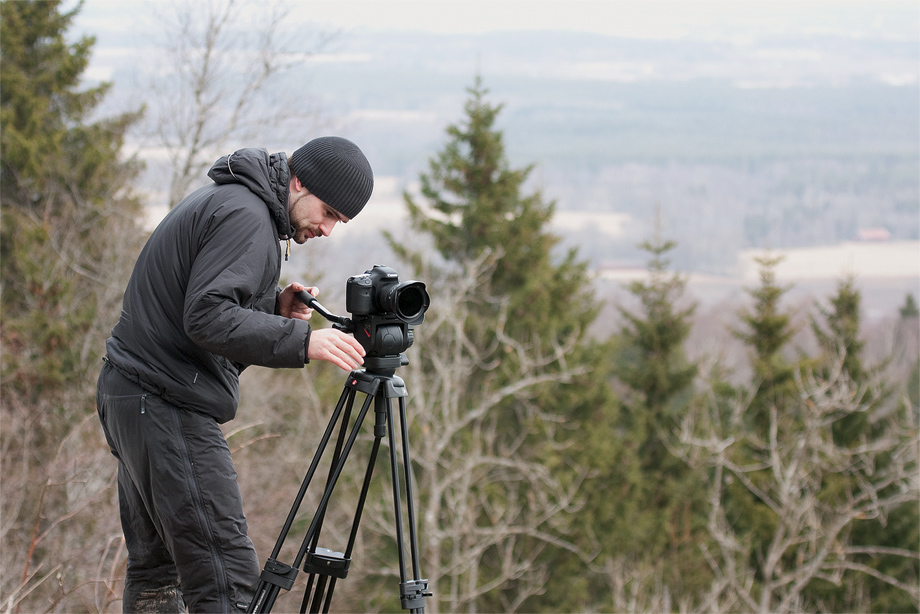 The Manfrotto 546BK is a quite large tripod with a 75mm halfbowl. For those of you that uses leveling bases in your still photography you probably already know everything about halfbowls but for those of you who don’t, the 75mm and 100mm halfbowl in the industry standard mount between tripod and head similar to the 3/8″ bolt you’ll find on most tripods. More on the halfbowl setup later.

The tripod is a two-stage and very rigid tripod rated at 20kg. It features a telescopic midlevel spreader that ensures a accurate leg angle spread from the tripod’s highest 154cm setting to the lowest 30cm setting. It takes a little bit getting used to especially if you’re used to a Gitzo tripod as I am. The Gitzo has three angle settings while the Manfrotto 546BK has none meaning the spreader level is the setting.
That gives you close to endless opportunities. Compared to the aforementioned Gitzo it’s therefore slower to raise and lower but as I found out, the whole workflow with video is generally a lot slower.

The Manfrotto 546BK tripod is made of aluminium and is more than adequte support to the Sigma 300-800mm F5.6 lens combined with the 7D.

The quicklocks on the tripod is functioning quite well. Although they are made of plastic they provide all the grip to support the rated 20kg’s. They are easy accesible  at all time. –

Another implemented feature are the small plastic hinges that comes in use when the tripod is collapsed. They ensure the tripod is tugged together when you carry it from one location to another. 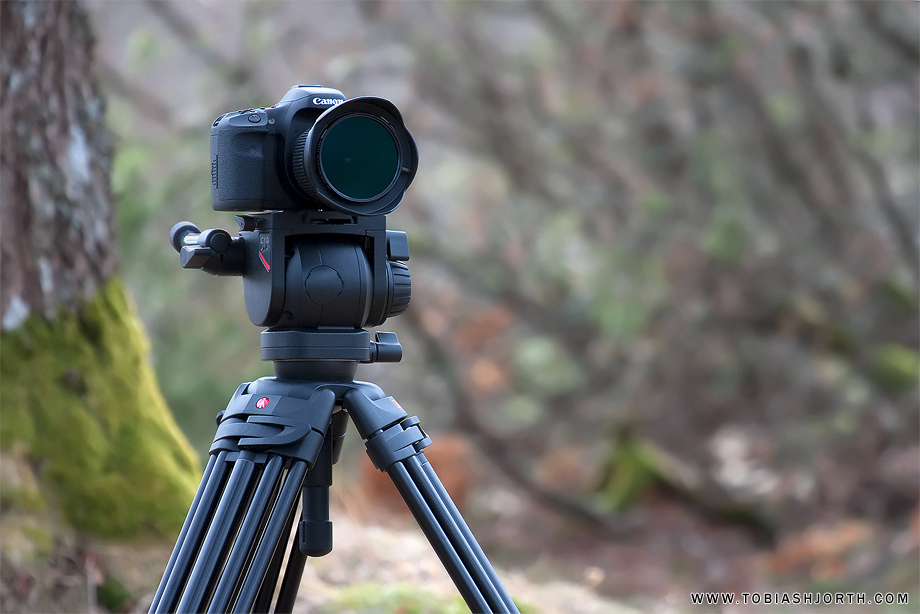 The Manfrotto 519 Professional Fluid Video Head is a serious heavy duty video head. It features a whole lot of functions all usable for that perfect shoot. The recommended size for this tripod head ranges from MINI DV, DVCAM, HD and ENG camera – So it fits close to all needs.

The Manfrotto 519 Professional Fluid Video Head is very large and support equipment up to 9kg’s – Needless to say it worked more than well with the Sigma 300-800mm F5.6.

Besides the tilt and pan lock, there’s an excellent drag lock on both axis as well as a counterbalance knob which is spring loaded. The springs are interchangeable for various weigh levels. The drag on tilt and pan is controlled by fluid.

Removing all drag on tilt and pan the head becomes extremely smooth. Too smooth for any video shooting but more useful for quick action still photography. It takes a little bit of time to setup the head with the gear you’re using but as soon as you have it rightfully adjusted, the Manfrotto 519 Professional Fluid Video Head is a true joy to use. With the right amount of drag and counterbalance  is feels extremely sturdy and trustworthy. If you want that smooth professional pan this head will deliver.

The video arm is large and can be mounted both on the right and left side of the tripod.

The head is mounted via the aforementioned 75mm halfbowl. The halfbowl allows the user to level the horizon in an instant. Important when you’re doing still photography and essential if you’re shooting video.

Conclusion
After spending a couple of week with the Manfrotto 519, 546BK System I learned a couple of things. First of all video is a lot different from still photography and needless to say it wasn’t my strongest side. With that being said I found the Manfrotto 519, 546BK System to be superb whenever I used it for video. I highly recommend it to everything who looks for that heavy duty professional tripod kit that will last a lifetime and give you the right cinema feel even when coupled with larger lenses.